Our mission at jCyte is to preserve and restore vision in patients with retinitis pigmentosa and other degenerative retinal disorders. 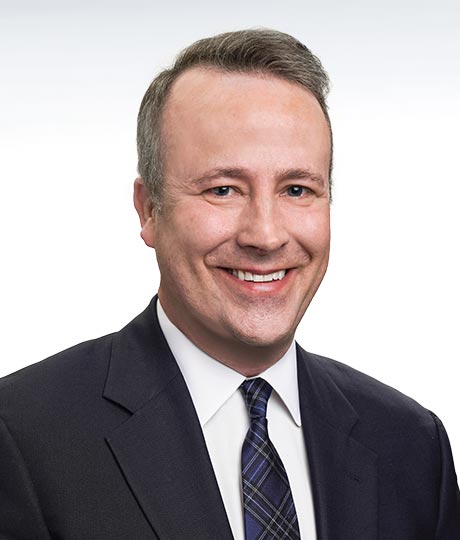 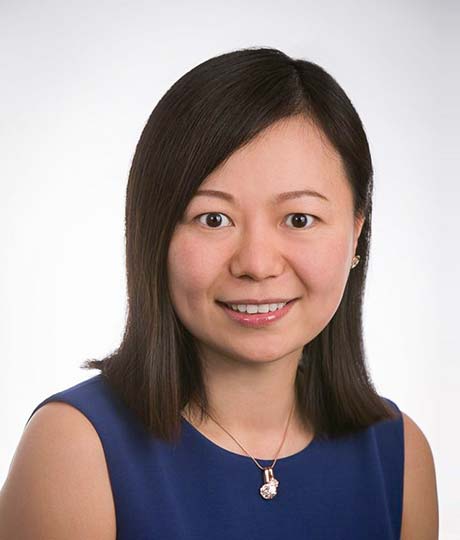 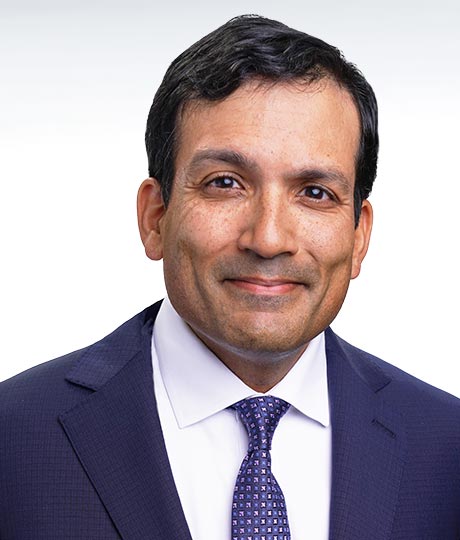 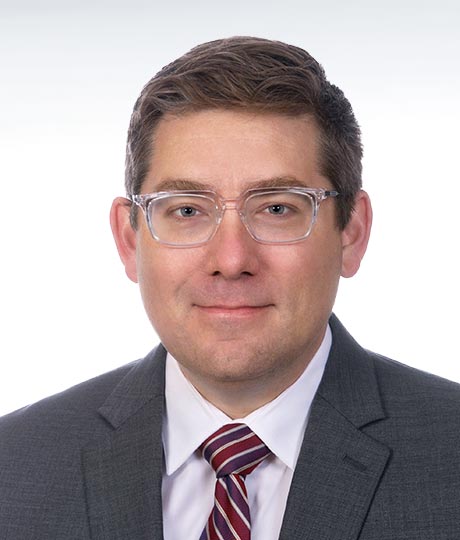 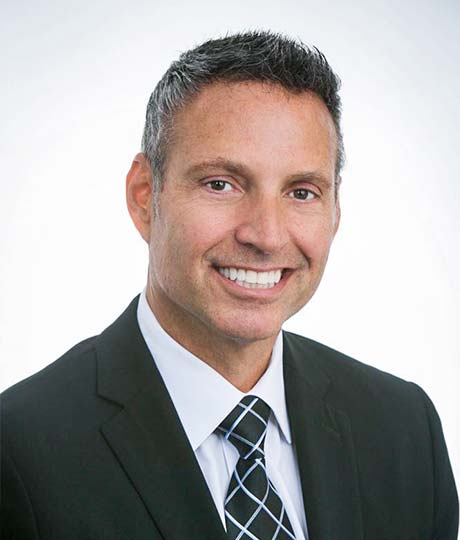 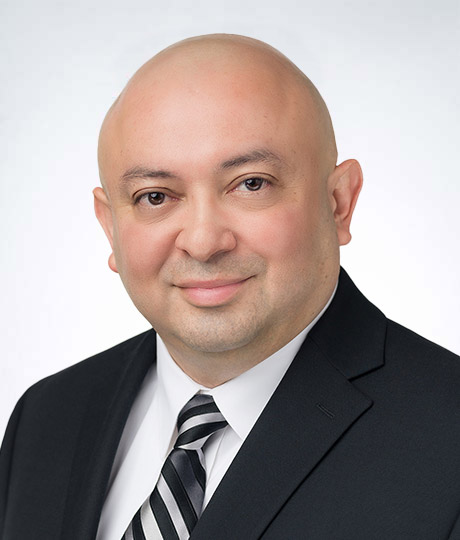 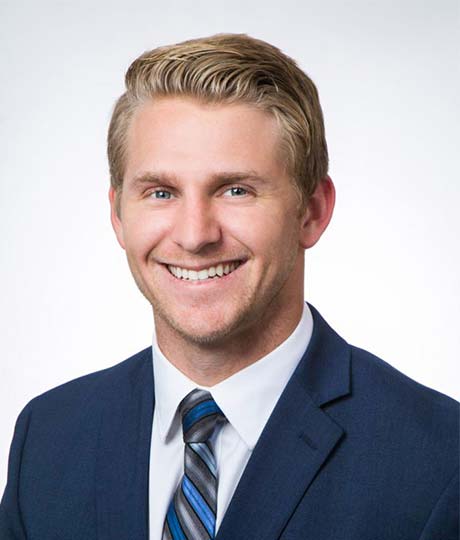 Dr. Shannon Blalock is Chief Executive Officer and a Board Member at jCyte. He brings more than 25 years of commercialization and operational expertise within the pharmaceutical industry. Dr. Blalock joined jCyte, from Santen Pharmaceuticals, where he served as the Global Leader for Portfolio Development & Global R&D Strategy. Prior to Santen, he co-founded and was the Chief Commercial Officer of AltheaDx after working at GlaxoSmithKline (GSK) for more than a decade where he led both US and International businesses of increasing size and scope. Dr. Blalock earned his undergraduate and Doctor of Pharmacy degrees from the University of North Carolina at Chapel Hill.

Henry Klassen, MD, PhD, is Professor of Ophthalmology at the University of California, Irvine. He has a longstanding interest in neural plasticity and regeneration that dates to his undergraduate days at UC Berkeley and continued during MD/PhD studies at the University of Pittsburgh. Dr. Klassen’s clinical training included internship at the Cambridge Hospital, an affiliate of Harvard Medical School, and residency in ophthalmology at Yale Eye Center, followed by a combined fellowship in medical retina and retinal research at Moorfields Eye Hospital and the Institute of Ophthalmology in London. His research has shown that transplanted retinal progenitor cells improve the function of photoreceptors of the degenerating retina of RCS rats. He continues to pursue the goal of translating these findings into a cell-based therapy for patients with retinitis pigmentosa (RP) and other blinding diseases. This effort has included co-founding a startup company (jCyte) and completion of phase 1/2a and phase 2b clinical trials in RP.

Dr. Yang has worked as a physician-scientist in ophthalmology for more than 16 years, beginning her career at the Peking University Eye Center. Later, she began studying regenerative medicine at the University of Copenhagen, developing new ways to isolate and grow retinal progenitor cells.

Now an associate adjunct professor in the Department of Ophthalmology at the University of California, Irvine, Dr. Yang has developed pivotal techniques to advance stem cell therapies. She is also exploring other clinical applications for retinal progenitor cells, such as using them to treat glaucoma and other optic nerve diseases.

Samir is responsible for developing and executing the commercial strategy for our innovative jCell therapy. He joined jCyte from Medtronic, where he was the Vice President of Strategy, Economics and Reimbursement for the Cardiac Rhythm Management business. He has over 20 years of experience leading market access, global strategy, health economics, reimbursement, field clinical and field economic teams at some of the world’s largest pharmaceutical and medical devices companies. He and his teams have worked closely with private and public payers, government bodies, health technology agencies, hospitals and clinicians worldwide to secure and ensure optimal patient access for a multitude of newly launched and on-market pharmaceutical and medical device therapies. He is an author of over 50 peer-reviewed journal articles and 150 national and international meeting presentations across a variety of disease states and conditions, including cardiology, oncology, immunology, HIV, infectious diseases, psychiatric disorders, pain, and geriatric medicine.

Samir holds a Doctor of Pharmacy degree with honors from University of North Carolina at Chapel Hill and earned his MBA from the Fuqua School of Business at Duke University.

Mr. Sholar brings to jCyte more than 20 years of industry experience, serving as the head of North American legal for a large publicly traded pharmaceutical company, in private practice as a law firm partner focused on intellectual property development and pharmaceutical patent licensing and litigation, and in the military as a Naval Officer leading teams in new mission areas around the globe.

Prior to becoming an in-house counsel, Sholar was a partner at Husch Blackwell, LLP, an AmLaw 100 firm, where he led trial teams in patent disputes and counseled numerous multinational brand and generic pharmaceutical clients on FDA regulatory issues surrounding product launches and intellectual property exclusivities. He subsequently joined Santen Pharmaceuticals as the head of North American legal, while simultaneously serving as global head of legal and Corporate Secretary for Santen’s early-stage biotechnology investment vehicle, Santen Ventures, where he helped analyze the intellectual property estates of clinical stage biotech companies and execute licensing deals and equity investments. At Santen, he also supported the global research and development organization, overseeing all legal issues surrounding clinical trials and product launches in the Americas region. John is a past editor of the licensing and valuation chapter of a treatise on intellectual property law and has taught academic and continuing education courses on intellectual property and trial law. John earned his juris doctorate magna cum laude from the University of Illinois where he served as an editor of the Law Review and subsequently completed a federal appellate court clerkship in Washington, D.C.

Terry has more than thirty years of executive start-up and restructure operational management experience in several industries. He started his career at The Walt Disney Company before being recruited by McDonnell Douglas to restructure their transportation subsidiary, which he transformed into a multi-million dollar division. Terry was later recruited by Carl Icahn as founding director and C.O.O. of Lowestfare.com, the first discount online travel site. In five years, he leveraged an initial seed investment of $100,000 to more than $300 million in annual revenues and an $800 million market value. Terry formed jCyte with Dr. Henry Klassen, Dr. Jing Yang, and Paul Bresge in 2012.

Mr. Centeno has over 20 years of experience in the development and commercialization of novel FDA regulated products including biomedical implants, molecular diagnostics, medical devices, and laboratory developed tests. He has led operations, quality, regulatory, and clinical affairs functions at various startup, mid-size, and multi-billion-dollar medical device and biotechnology companies. Prior to joining jCyte, Mr. Centeno held key executive roles at Epigenomics, AltheaDx, GenMark Diagnostics, and Hologic where he achieved multiple product launches and successful FDA inspections. In addition, he has core expertise in technology transfer, GMP manufacturing, process validation, and quality systems. Mr. Centeno received his Bachelor of Science in Materials Science & Engineering from the University of Florida.

Rob Beathard serves in a critical role supporting corporate development and operational activities of jCyte. Beathard works closely with the CEO and Executive Management on cultivating strategic partnerships, securing corporate financing, and allocating resources to meet the Company’s strategic and financial goals. He also oversees all accounting, finance and treasury management functions for the Company.

Prior to joining jCyte in 2017, Beathard worked for PricewaterhouseCoopers within their assurance and advisory lines of service, with a focus in the life sciences industry. Beathard holds an active certified public accountant license in the state of California. 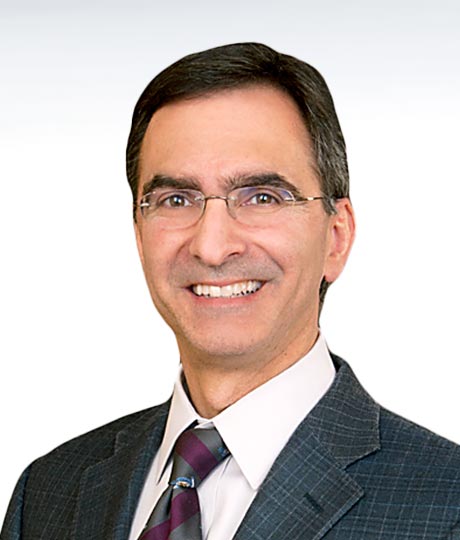 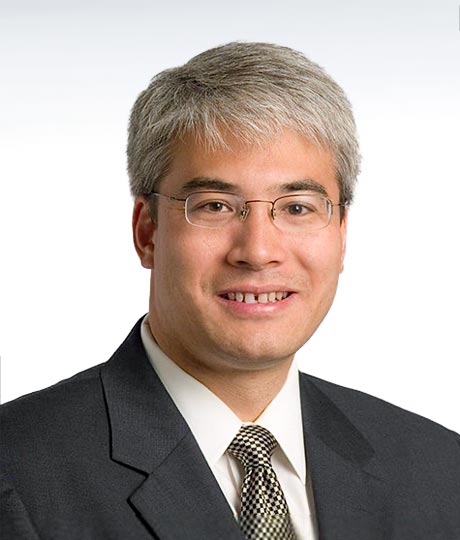 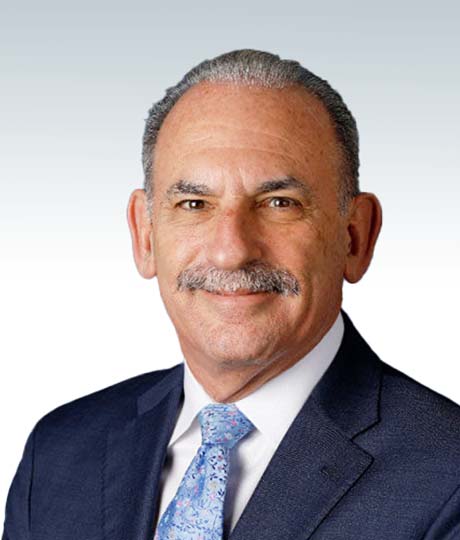 David S. Boyer, M.D. is a world-renowned clinician, surgeon, and educator at the Retina-Vitreous Associates Medical Group in Southern California. He is board certified in ophthalmology and has completed formal sub-specialty training in medical and surgical diseases of the retina, vitreous, and macula. Dr. Boyer is currently a leading investigator for various national clinical trials on retinal diseases and serves as an advisor for multiple research, educational and charitable institutions. He received his medical degree from the Chicago Medical School, finished his residency at the Los Angeles County – USC County Medical Center, and completed his retinal surgery fellowship at the Wills Eye Hospital in Philadelphia. He is currently an Adjunct Clinical Professor at USC/Keck School of Medicine.

Jeffrey Heier, M.D. is the Co-President and Medical Director, Director of the Vitreoretinal Service, and Director of Retina Research at Ophthalmic Consultants of Boston. Dr. Heier is on the Executive Board of the Retina Society, the Executive Committee of the American Society of Retina Specialists, is the Past President of the New England Ophthalmological Society, and a member of the Macula Society. He is one of the leading retinal clinical researchers, and is a scientific advisor to many biotechnical or pharmaceutical companies, lectures nationally and internationally, and has authored numerous, peer-reviewed works. Dr. Heier received his medical degree from Boston University, did an internship and residency at Fitzsimons Army Medical Center, and vitreoretinal fellowship at OCB/Tufts School of Medicine. Dr. Heier served as a physician in a Combat Support Hospital in the Persian Gulf War, where he was awarded a Bronze Star.

Baruch D. Kuppermann, M.D., Ph.D. is the Roger F. Steinert Professor, Chair of the Department of Ophthalmology, and Director of the Gavin Herbert Eye Institute at the University of California, Irvine. He also holds a joint appointment with the Department of Biomedical Engineering at UC Irvine. After completing his Ph.D. in neuroscience at the California Institute of Technology, Dr. Kuppermann went on to earn an M.D. at the University of Miami, and completed fellowships in Retina at both St. Joseph’s, and at the University of California, San Diego. Dr. Kuppermann is also co-director of the Center for Translational Vision Research at UC Irvine, which is focused on developing new treatments for blinding retinal conditions. He has published over 200 peer-reviewed articles in the medical literature, and over 50 book chapters. He is also strongly involved in clinical research, having served as principal investigator in many trials evaluating new drugs and technologies. 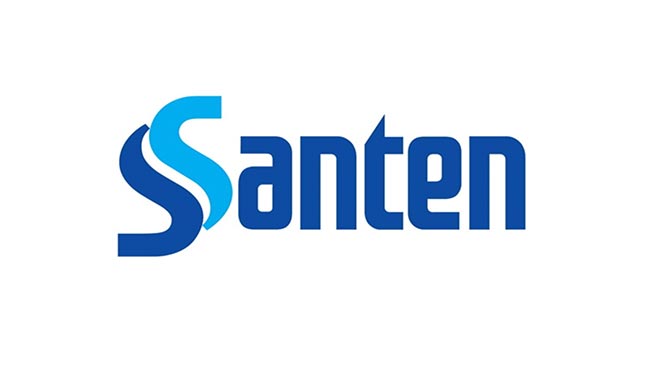 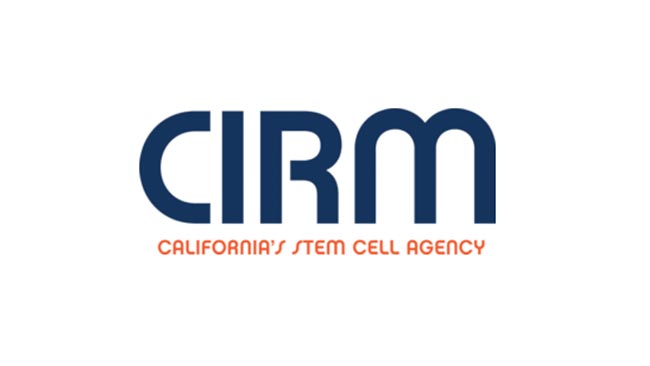 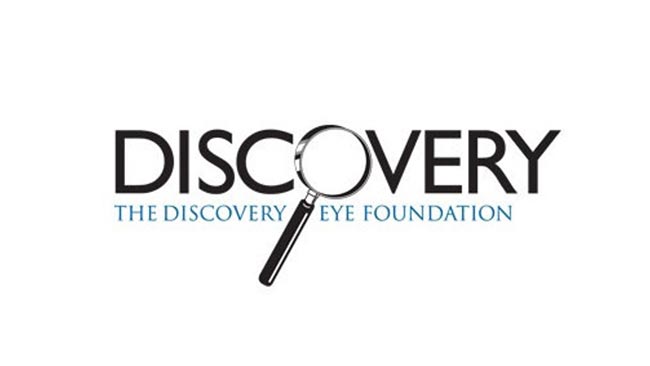 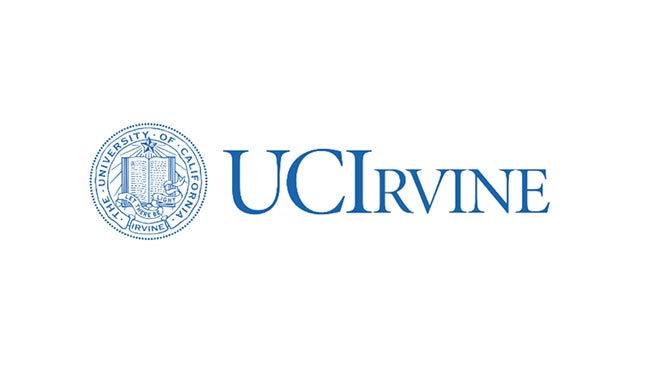 As a specialized company dedicated to ophthalmology, Santen carries out research, development, marketing, and sales of pharmaceuticals, over-the-counter products, and medical devices. Santen is the market leader for prescription ophthalmic pharmaceuticals in Japan and its products now reach patients in over 60 countries. With scientific knowledge and organizational capabilities nurtured over a 130-year history, Santen provides products and services to contribute to the well-being of patients, their loved ones and consequently to society.

The Discovery Eye Foundation supports research, education and advocacy for sight-threatening eye diseases and their treatments, improving the quality of life for patients and their families.